We went on a Fall train ride with my family and Matt's parents, Barbara and Harold. We live in such a beautiful part of the country. The colors are just starting to change. We drove up to Ione, about 2 hours north of Spokane. The train goes from Ione, 10 miles north, to Metaline Falls. The towns north of us are really quite small. Ione is the biggest in North Pend Orielle county with 500 people.
The weather is getting colder too (today it was in the 40's). The train has open cars, so you have to dress for the weather or bring blankets! The conductor for the train looks just like the character from Polar Express, hence the title. Brinley and my nephew, Cody, thought that he was THE Conductor. 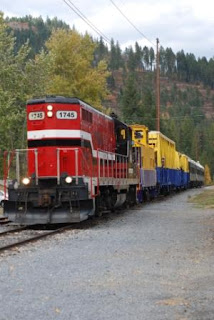 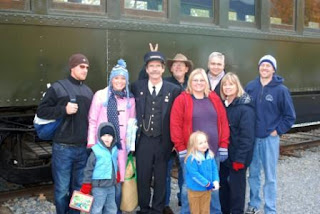 The Conductor and the fam. 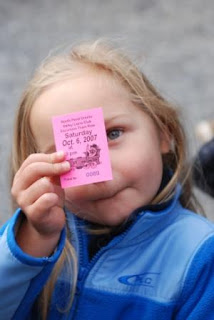 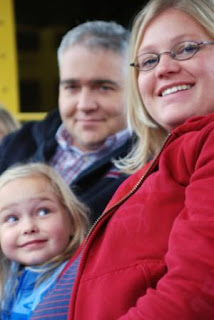 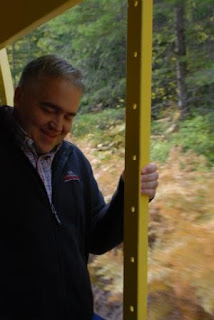 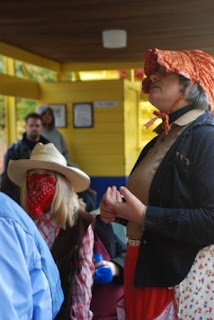 During the train ride, we had some "bandits" come aboard (Brinley thought they were called bandaids, and couldn't stop laughing). They were from the Metaline Falls Theater Group. They were very cute and were there for donations. Most of them were about 10-11 years old.