Email ThisBlogThis!Share to TwitterShare to FacebookShare to Pinterest
Testing...
Posted by arah at 10:10 PM No comments:

Last Thursday marked 3 years since Olivia was born...and then died in my arms just short of two hours later.
I had gotten a lot of tears out early on in the week and did okay when the day actually came. Last week was a bit of a crazy week. With Sarah's birthday Tuesday, our sealing anniversary Wednesday along with my little sister finding our she was miscarrying and a great nephew being born, Thursday was Olivia's birthday and another great nephew was born. See, I told you it was crazy.
We were expecting snow last week too (which never came) so we went out the cemetery on Monday to plant flower bulbs. Early on Monday, my parents went and straightened Olivia's headstone and cleaned up the area a little. 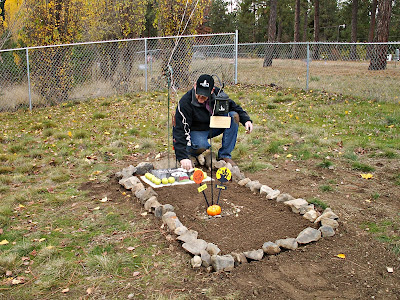 Cody and Melissa, Mackenzie's parents, had come out some time earlier and put the rocks around the girls plot.
My parents bought her balloons and brought apples from their tree. 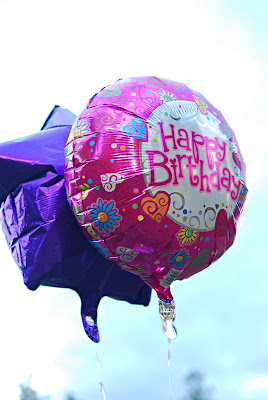 Sarah said hello to her. She loves to stand right above her and ring her chimes. 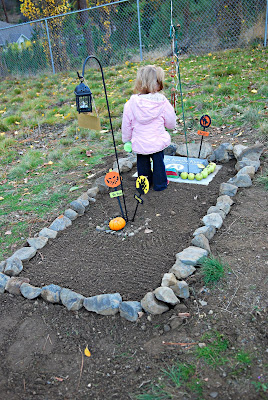 My grubby little Brinley starting to dig holes for the bulbs. 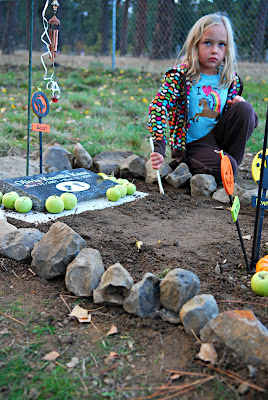 Melissa and Kennady met us out there to help plant bulbs for Olivia and Mackenzie. She was also smart enough to bring something to dig holes with. 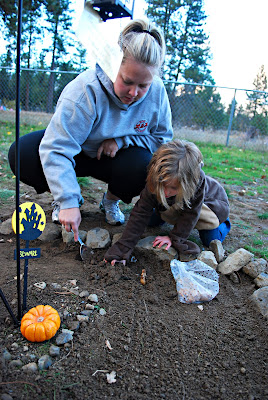 Then Julie came out with her kidlings and helped plant some bulbs too while the babies rearranged the apples and rocks. I hope that people don't mind that my Sarah climbs on the heastones around the cemetery. 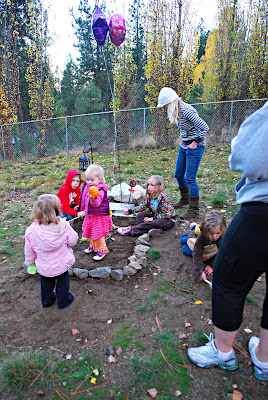 It was a grand little party :) 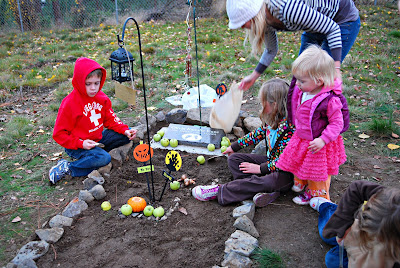 Melissa and I took our girls on a short trip to Seattle on Thursday night and got back Friday night. It was a needed trip and I have pictures and a post dedicated to it. I have a lot to say about last week, I just haven't had a chance to sit and write about it. So, my goal this week is to get some posts written.

we have been looking for a table to fit our teeny tiny 'dining room' ever since we moved into our little home. Last week, my sister Julie found this cute vintage table at a thrift shop, but the price tag...OUCH! Lucky for me, the next day was 1/2 off day. And I got it for a bargain. THANK YOU my bargain hunting, thrift shopping, deal finding sister! 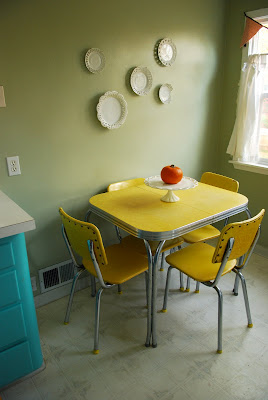 It needs to be cleaned and so does my floor...yuck. I scraped about 60 years worth of food from in-between where the table leaf goes (and the leaf came with the table) It was really gross.
It fits perfectly! These tables were obviously built for the houses of the 50's. We haven't been able to sit as a family at our table since Sarah was born.
One of my plates broke...sad day. I am on the look out for a replacement.
Posted by arah at 5:14 PM 5 comments:

today is Sarah's 2nd birthday.
we celebrated yesterday after church with some family and taco soup, cake and ice cream. 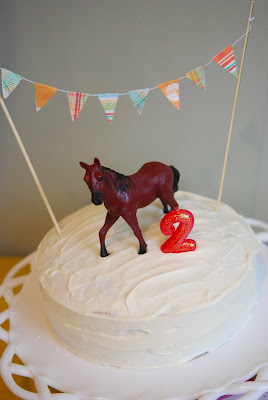 she loves to walk around the house neighing so we had a little horse party. 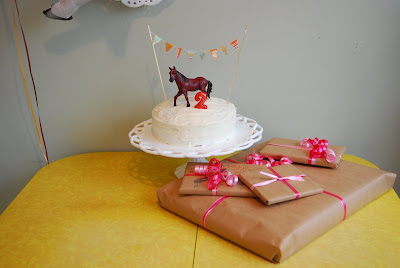 never again will I go to the 50% off card shop for special balloons. Holy Moses. They are expensive! did you know that yokes carries a great assortment of balloons at almost HALF the price? 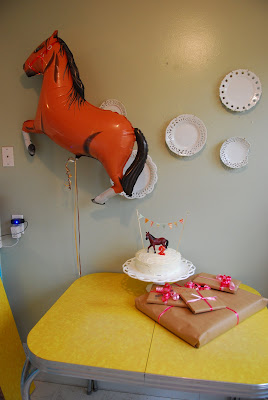 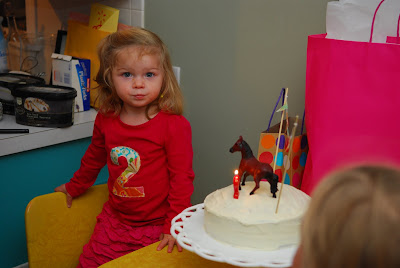 I made the number 2 with some scrap fabric and ironed it on to her shirt, which is actually pink, not red. 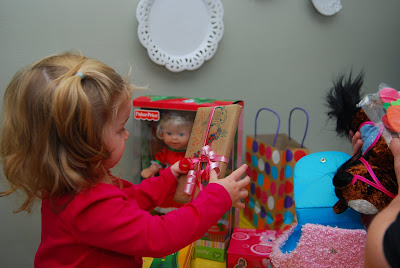