A few days late, this is my ONE YEAR BLOG ANNIVERSARY!
I had big plans to write something witty and cleaver and exciting...my brain is just not into it right now...I can't imagine why. So, happy anniversary to me.
This weekend has been crazy...
Right after school got out Friday, Brinley and I headed to Duvall, Wa with my parents, Julie and Cody. 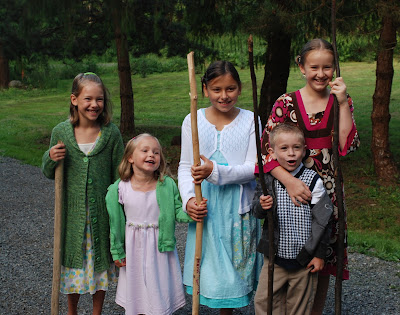 All these cousins got to be together for Makaela's baptism. 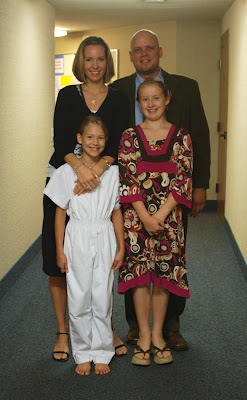 And my cousin, Darla (my sister's twin) 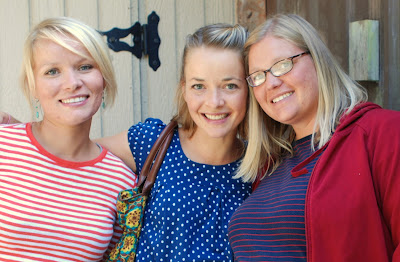 and her adorable family came up for the weekend also. 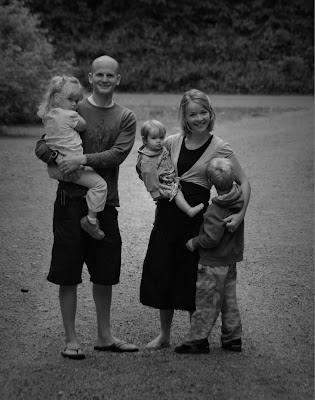 We had such a good time. Next time, Jordan and Megan, you guys need to come. We would have loved to see you. Your girls would have fit right in with the rest of them. 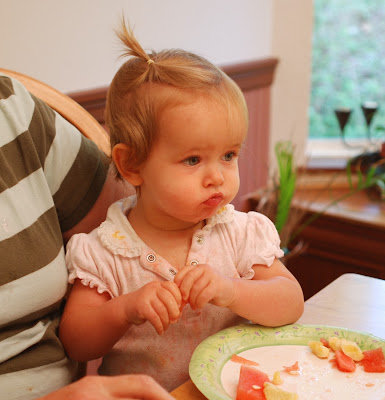 Darla's adorable little June reminded me so much of Brinley. 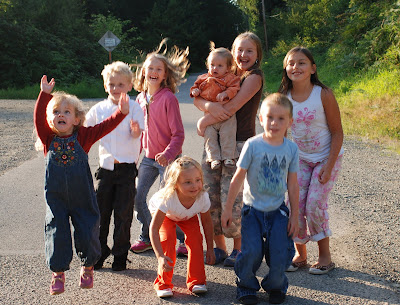 These kids had so much fun together, even with all the fighting and whining.

We got home Sunday afternoon and visited with all of the Kunz family that came into town for Matt's newphew, David and Lucy's wedding this coming weekend. 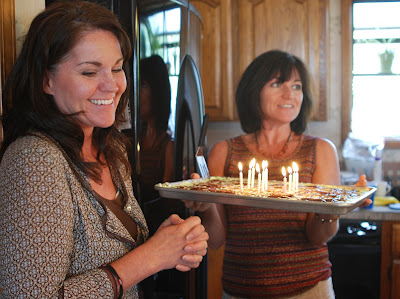 Since Lori's birthday was today, we went to their house for a big Kunz family get together and celebrated her birthday. 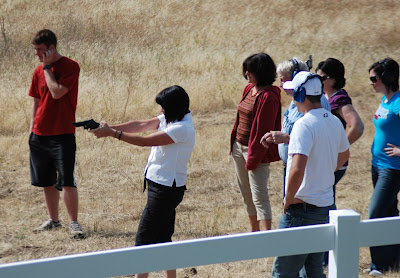 Along with some target practice. Those Kunz girls sure love their guns. I think I would have joined them, except that I really didn't feel like it. 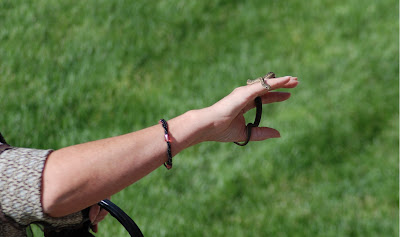 Lori also found a little snake that Brinley became obsessed with. She wasn't so sure about it until she finally touched it and then wouldn't quit touching it. But, she wouldn't touch it.

I am glad that you had such a nice weekend visiting with family.

i know.. we should have just came up!!! It just didn't work out! Next time for sure!!! My older brother lives in Duvall. So we do travel up there once in a while! I am glad you guys all had fun!

I cannot believe how much that baby looks like Brinley; I thought that WAS Brinley!

The baby does look so much like Brinley. I seriously thought it was a flashback picture of Brinley. Amazing how family looks a like. Anyway, love the pictures and you're only a day late. Labor day was only yesterday. Happy 1 year blog anniversary

Hey! You were up in my old neck of the woods! I grew up in Monroe! Sounds like a fun-filled weekend!