This year we sat down and made a list of all the things we want to do this summer. We have about 100 things written on the chalk board. We have kept busy marking off the things we want to do. One of those things was to watch the laser light show at Grand Coulee Dam. Julie and Merv decided to join us. We left after church on Sunday and stopped and had a picnic at the city park in Davenport. I think its some of the oldest playground equipment I've seen in a long time. Keeping Sarah and Lola off of it was a pain.
We got to Grand Coulee Dam around 4pm. The show didn't start until 10pm. We had 6 hours of keeping the kids busy. 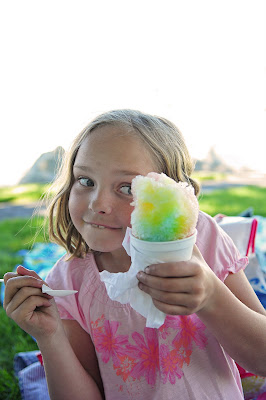 We bought some of the worst snow cones ever! 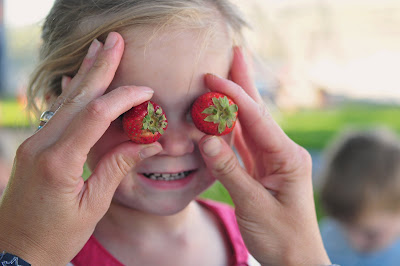 We played with our snacks. 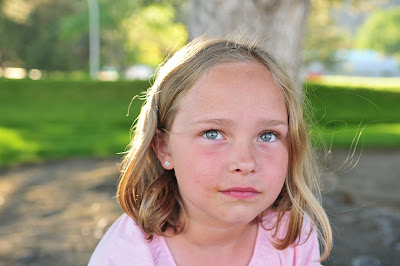 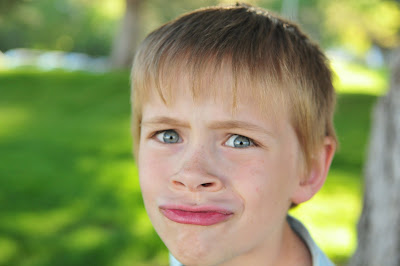 The kids made faces at the camera. 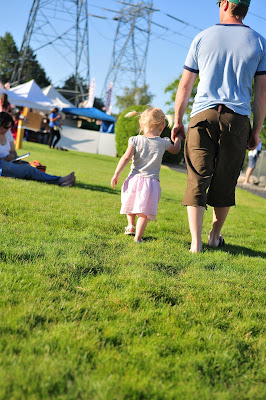 We walked throught the 10 booths that were set up for the 'Festival of America' about 5 times. 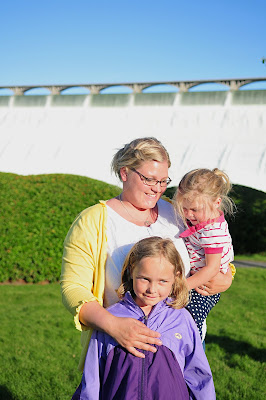 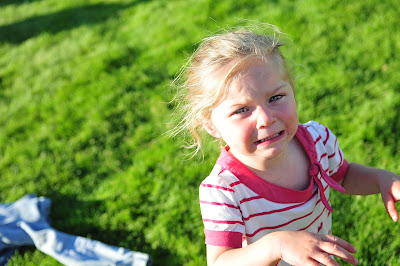 Sarah was cranky about 1/2 the time. 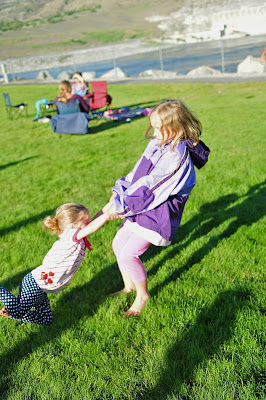 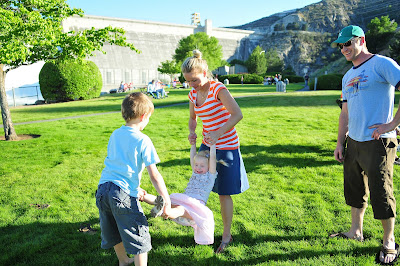 We tried to pull the babies arms out of their sockets by swinging them around (not really).
Matt hung out under a tree and enjoyed not being at work and tried to take a nap.
By the time the laser show started, the babies were exhausted and fell asleep. Cody and Brinley had their eyes glued to the show and the rest of us made comments about how really out of date it was. However, we learned some really intersting history about the dam.
I can now say that after living in Spokane for 15 years, I have finally seen the laser light show at Grand Coulee.
Posted by arah at 11:18 AM

Thanks for this interesting writing. Nice pictures.