I am pretty pathetic...it's been 2 months since I've updated. Life has been busy.
During spring break my sister, Julie, and I took our kids to the Redwood National Forest in Northern California. We met up with my sister-in-law and her girls there. It was amazing. We all loved it and my sister and I didn't get into any brawls this time :)
First thing we did when we got to Crescent City was go to the beach and let the kids run. The week or so before they had Tsunami warnings from the Japan earthquake, so we kept a close ear out for the sirens the entire time we were there. 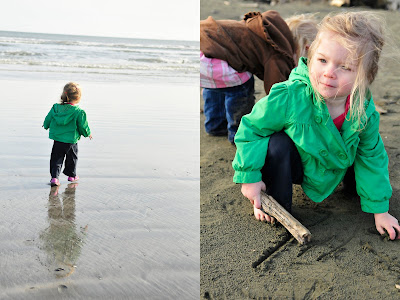 The next day we drove down to the Avenue of the Giants. 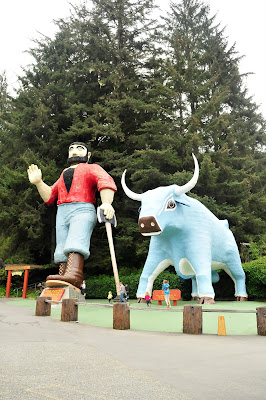 This place was just south of Crescent City and we had to get out get a few pictures of Paul and his ox. Glad we did it on the way down, we were to tired on the way back up. 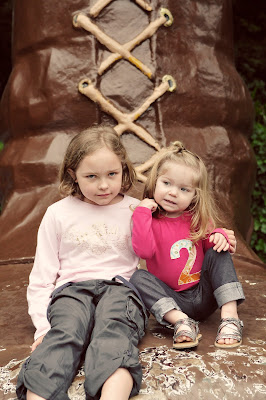 The Avenue of the Giants was pretty cool, but nothing like Jedediah Smith Redwoods and found it was literally behind the hotel we were staying at...6 miles of the most amazingly huge and beautiful trees. You could touch them as you drove through. 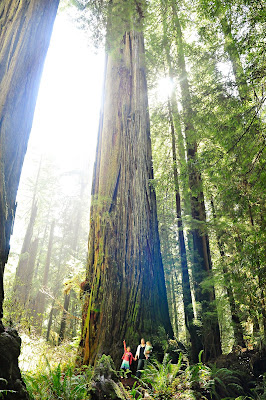 We must have stopped ten times to get out an take pictures in about a 2 mile stretch. We also got out and hiked a bit. 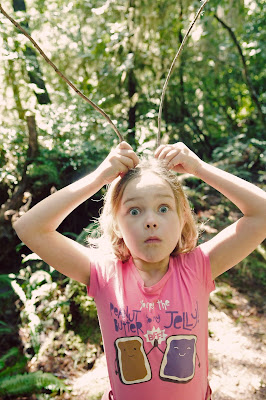 After driving through the redwoods, we checked out the lighthouse in Crescent City. 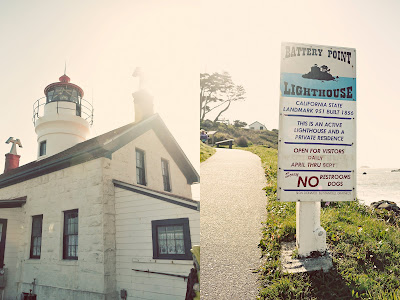 Holy Crap was it windy but pretty amazing. Wish we had gotten there a little earlier so that we could have gone inside it.
The next day it POURED rain and was extremely windy. We headed up the Oregon coast and found another lighthouse to tour. I somehow didn't get a picture of the outside of it, but it reminded me of Shutter Island and Dolores Claiborne. 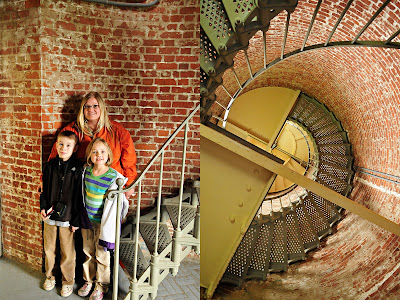 We learned a TON about lighthouses and how they work. The light bulb is the size of an adults thumb, but the lenses shoot the light out some 26 miles. Amazing. This was a definite highlight of the trip for everyone. I can't believe people lived here. 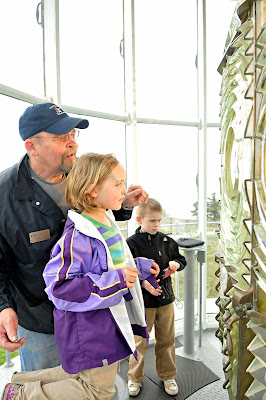 We drove up to Newport the next day and went to the Aquarium. It was pretty cool. 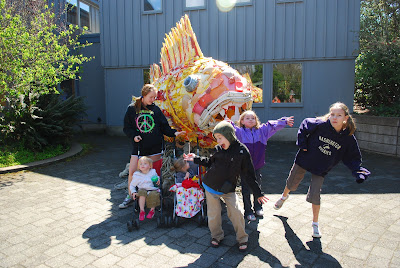 I think the jellyfish were the best part, right next to the shark tunnel. 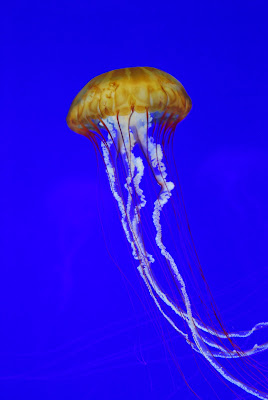 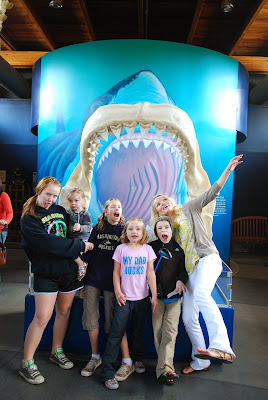 You can't go to a town by the sea without going to a candy store for saltwater taffy... 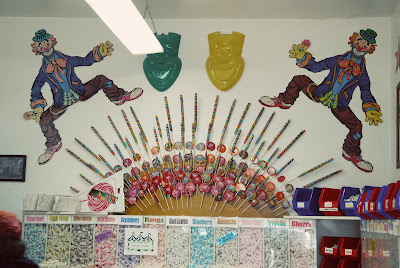 and we, of course, spent way too much money there. 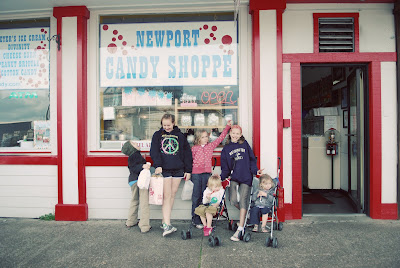 As many times as we had been to the Oregon coast, my sister, Julie, had never been to the Tillamook Cheese Factory, so we stopped by there on the way back to Portland. Did you there is a tiny little place called Idiotville in Oregon? It was on the map, but we couldn't find it. We really wanted to take a picture of the sign.

We drove up to my cousin Jordan's house that night and said hello then headed up to my brother's house in Duvall. I drove home the next morning with my girls and my sister stayed to run a half marathon. she's nuts! I was tired, I can't imagine how tired she must have been... I'm not sure how we are going to beat this trip next year. Any ideas?

The drive to Mount Rushmore and back is pretty fun :) Wall Drug & Deadwood are super fun places!