Last week Brinley had a career concert at school. For a few weeks before the concert, they had parents come in and tell the kids what they do and why its important to go to school and learn math and reading, etc. I signed Matt up to come and talk about cell phones and being able to take them apart to fix them. They gave him the title of "phone man". He gave them all some little CricKet flask light. Brinley has come home with books, toothbrushes, chocolate ears, candy, stickers, a few Zumba moves (she goes to school with the Y's Zumba instructors daughter), pencils, etc.
THEY LOVED IT!
All of the children were asked to wear a costume to school dressed as what they want to be when they grow up. There were police men, soldiers, bakers and cooks, teachers, basketball players and even a Willy Wonka. Brinley has always, always wanted to be... 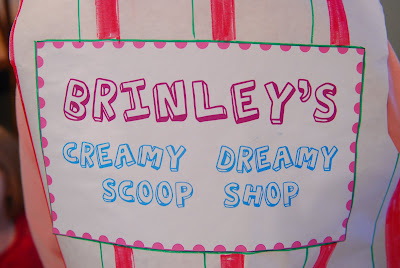 an ice cream store worker.
I kinda nudged her to maybe want to own her own ice cream shop someday. She came up with the name and picked the colors of the stripes. I made her costume out of butcher paper, markers and a bit of felt...easy peasy, lemon squeezy. 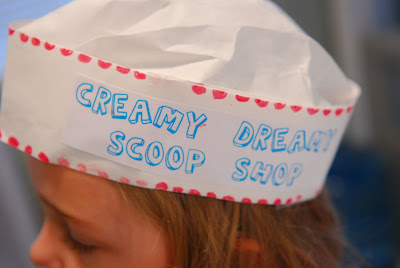 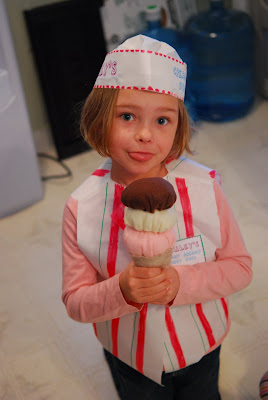 The night of the concert, all the kids in her class dressed up in their costumes. 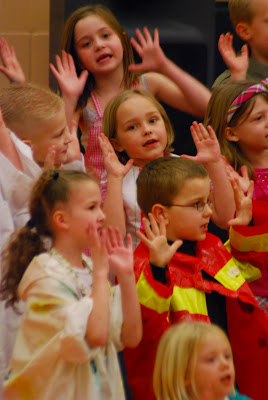 During one of the songs, they walked the "runway" so they could show everyone their someday careers. 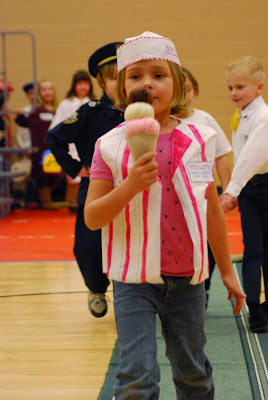 It was adorable. They all did such a good job.
Last Friday, they had got to stand up in front of the class, dressed in their costumes and tell about what they do. Brinley had made up ice cream flavors that were going to be in her shop 'strawnana' (strawberry banana) and 'huckleberry lava' (not sure what exactly would be in it other than huckleberries, but she liked the name).
I love her class and her teacker. So, so glad I put her in the SPICE Program.
Posted by arah at 10:47 AM

Arah,
you make being a mom and all the cute craftiness you do look SOO EASY!! Wow. You've got talent. Talent that I DO NOT HAVE.

How totally fun, and what a cute idea, I love it!

I worked at an ice cream shop. They had GREAT flavors, but i gained a lot of weight working there (hours on end with no customers made me very bored and sitting in front of SUCH good ice cream, i could not resist LOL).

Maybe she will do better at it than i did ;)