hi. my name is Arah and I have an addiction...

I LOVE Zumba.
If you haven't tried it, you must. It is so. much. fun! I have been going twice a week for the past 6 months and in the past few weeks, I've bumped it up to 4 times a week, with swimming, weights and cardio on the other days, except Sunday. Sunday I take a break. It's given me tons of energy and I really miss it when I can't go. The classes have been as large as 75-80 people. It's awesome. There is even a 91 year old in the class.
My only problem is that I sweat horribly. It's disgusting. My friend I go with is also a sweat-er. Her birthday was on Sunday, so I made her a little gift. 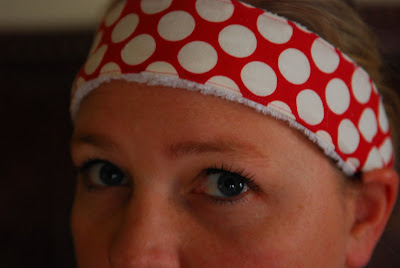 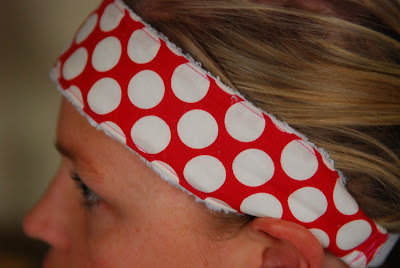 I've decided that there aren't any cute sweat bands out there, so I made my own. Way cuter. We used them last night, they were awesome! 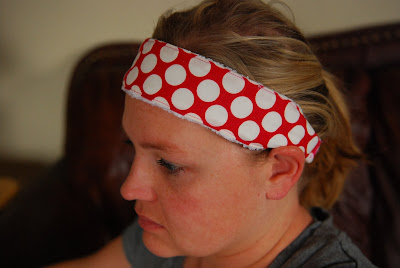 I did a little tweaking to make them better and waalaa...
I took a bunch into the class this morning.
They were a hit. 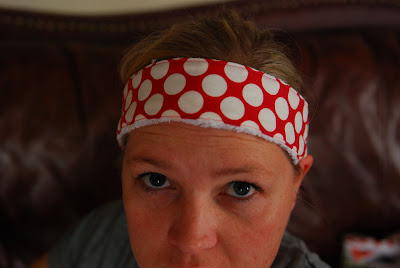 I made them in different colors. They collect the sweat. They don't slide. YAY!!! 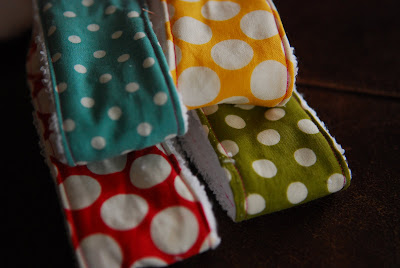 And used a nice plush terry cloth for the inside. 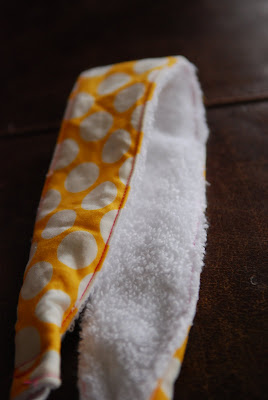 I'm making more. LOTS MORE!
People are buying them from me.
Who would have thought there was a market for sweat bands...
Posted by arah at 2:17 PM

How Cute!! I would love me a green dot one!

Ps. You need an etsy shop!

Okay I'm watching Zumba on You Tube and it looks like SO MUCH FUN!!

Wish we had something like this in our tiny town!

Awesome, and cute, idea with the sweat bands.

Awesome! I'll buy one from you!!! I'm a sweat-er too! I've wanted to try Zumba too, but never got around to it...I may have to try it now. Think Nick would like it?
MISS YOU

Oh--can I have either black and white, red and white, or dark blue and white? :-)

you crack me up! Zumba is pretty cool. It kicked my butt when I did it that one time. The only problem was my toes really hurt. Weird huh? Anyway, love the sweat bands, you have so much talent :)

Ugh! You are so stinkin talented. I want one! I love them. They are so great. I sweat like a pig. Anyway, I miss you and maybe I will try Zumba. Just maybe. Love ya!

I bet those ladies at Zumba are lovin those! I have been on the treadmill every day this month.. Might have to get me one of those!

Too cute! Crafty little Arah, you are making the world a better place one sweat band at a time! :)