Saturday evening we met up with some of Matt's nieces and nephews at Pig Out. It was a pretty nice night out, luckily, because the rain came early the next morning.
The happy dorks. 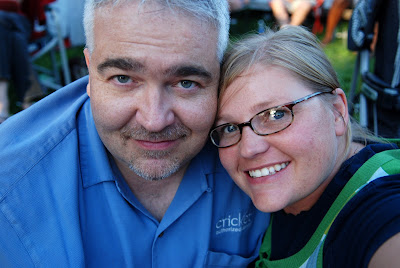 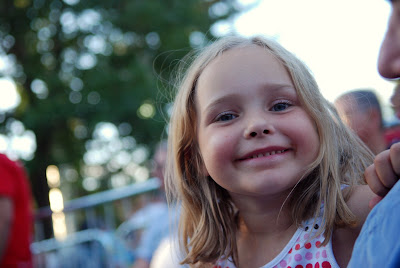 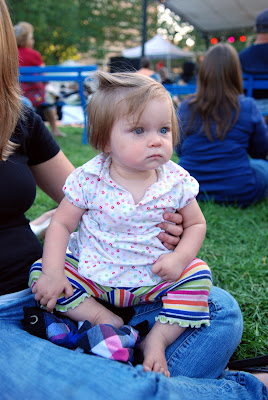 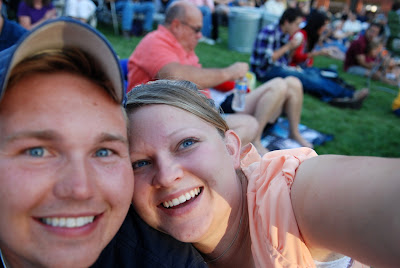 And their adorable Miss Kennady. 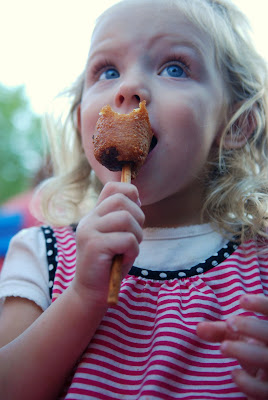 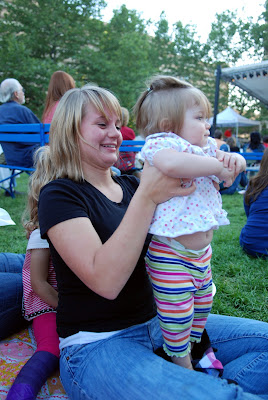 and Mike. I don't know why I didn't get a picture of them together. 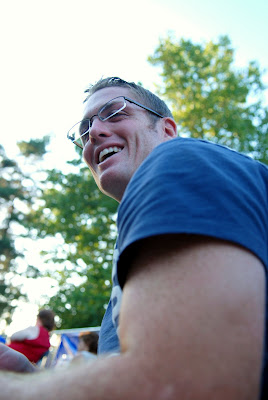 We had a really fun, relaxing time. The place was crowded, as usual. Good music, for the most part, not exactly my style, but the kids liked it.
Matt won't ever let me take a normal picture of him...well maybe this is normal. 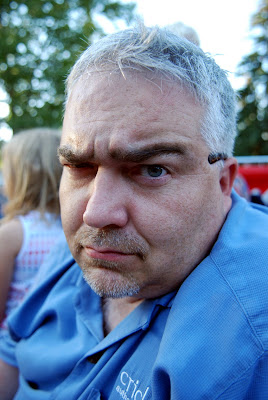 We watched a concert at one of the stages in the park. There are a lot of weirdos in Spokane. The 90's band, Cracker, was playing. Do Not get confused with Uncle Cracker, because this band wasn't that good. 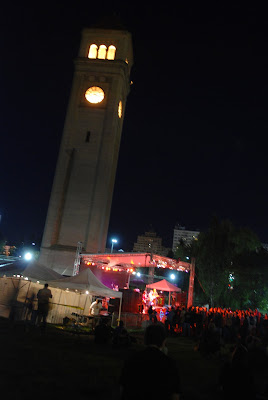 I think Pig Out in the Park just lets you sample all the greasy Fair food a week early, because it is the EXACT same food. Who came up with the fried snickers bar anyway? It sounds disgusting. Has anyone ever eaten one of those before?
Posted by arah at 8:31 AM

oh man i miss all of you so much

We went to Swiss Days in Midway. I have to say the junk food was a bit better and there were great craft booths, but hey there is only one Pig out in the Park and I miss you guys.

I have to agree about the food. Between the mediocre food, the cigarettes and a million drunk people in a really small space, I've decided I can't do Pig Out anymore. The fair is a bigger space so we'll probably end up there!!